Find out the latest information about m/m SF, paranormal and fantasy here. 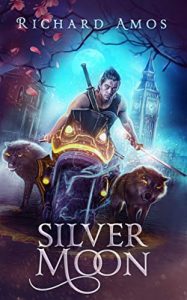 Gay “Teen Wolf” actor, Charlie Carver, has been interviewed lately by Digital Spy about his roles in the new version of the classic gay film, “The Boys in the Band” and in the new adaptation, due next year, of DC Comics’ “The Batman“, starring Robert Pattinson.  “The Boys in the Band“, which begins streaming on Netflix on 30 September, also features “Star Trek“s Zachary Quinto and “American Horror Story” actor, Matt Bomer.

“Star Trek: Discovery” has signed up non-binary actor, Blu del Barrio, and transgender actor, Ian Alexander, to play new characters, Adira and Gray.  The third season is due to begin airing in October.

Signs of possible life have been found on Venus in the inexplicable form of phosphine, a gas that is normally only created by biological sources.  Venus’s temperature is about 900 degrees Fahrenheit, which should make life impossible, so scientists are currently  baffled by this discovery. 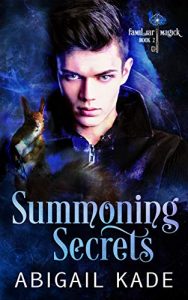 Silver Moon (Four Moons 4) by Richard Amos is the final book in this quirky urban fantasy series and involves Aki and G fighting to save the world from destruction.  (This is part of a series and isn’t a standalone novel.)

Summoning Secrets (Familiar Magick 2) by Abigail Kade – A witch accidentally summons a demon and they join forces, helped by a squirrel familiar, in this urban fantasy.

Moon Rite (The Books of Locurnia 1) by Deonne Dane – This is the beginning of a new fantasy series about a young man, 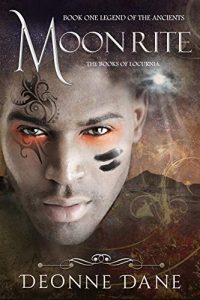 Falric, who has always been torn between magic and a warrior’s life and must through two rites to discover his purpose.

Shards of Ice (Grim & Sinister Delights 9) by R. Phoenix – Gay fantasy re-telling of “The Snow Queen“.  Kai is captured by the snow prince and the more time he spends with him, the less he cares about Tristan, the first man he loved.  (Warnings for emotional and physical abuse and bloodplay.)