The Latest News on m/m Science-Fiction, Fantasy and Paranormal Books

Storm Boys (Storm Riders 1) by Davis Lavender – Devlin plays a song that summons three gods who used to be enemies.  The men must accept their need for each other to fight an ancient evil.  This is the first book in a gay harem fantasy series. 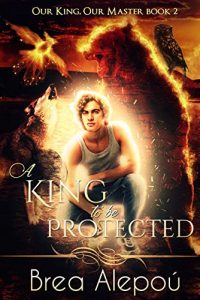 A King to be Protected (Our King, Our Master 2) by Brea Alepou – This is the second novel in a gay harem fantasy series about a magical group of people who live alongside humans.  Titus struggles to keep control of his people while relying on his keepers to help him.

Loose Ends (Badlands 4) by Morgan Brice – Psychic medium, Simon, and his detective lover, Vic, must cope with dangerous spirits and the threat of someone trying to ruin Simon.

Wren and Oak (The Rowan Harbor Cycle 9) by Sam Burns – The final book in this fantasy series has Fletcher facing the deadly Summer King. 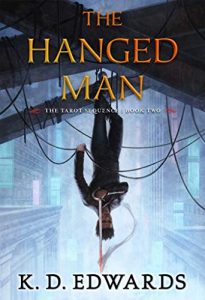 The Hanged Man (The Tarot Sequence 2) by K. D. Edwards – Rune and Brand face increasing danger in the second fantasy novel in this popular series about a modern-day Atlantis.

Demon Heart (Blade and Dust 2) by Rhys Lawless – Wade and Caleb face supernatural attacks in the second novel in this urban fantasy series. 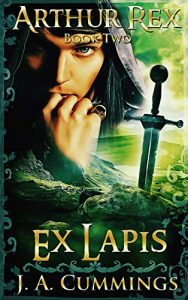 Nick Robinson, the star of “Love, Simon“, will appear as Jem Finch in the Broadway production of “To Kill a Mockingbird” from this November.  This will be the second time he has taken on this character, having first appeared on stage as Jem.

Netflix threatened to sue Boston’s Straight Pride after the group suggested Netflix would be sponsoring an anti-LGBTQ event.  An e-mail from Netflix told them, “Our legal department is here, it’s queer and it’s telling you to steer clear”.

Duncan James, formerly in the boy-band “Blue“, said on Twitter that he “couldn’t get over the amazing response, comments and love from people” after he posted an Instagram photo of himself and his boyfriend.

Marvel’s first LGBTQ movie character will be Valkyrie, played by Tessa Thompson, who appeared in “Thor: Ragnarok” and “Avengers: Endgame” and is due to get an LGBTQ romance in “Thor: Love and Thunder“, due to be released in 2021.  Marvel has stated that there will be more LGBTQ characters in their films in the future. 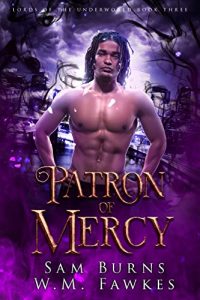 Arthur Rex: Ex Lapis by J. A. Cummings is the second novel in this series about King Arthur, with the title character in this world being gay.  As the new High King, Arthur – with Merlin beside him – struggles to unite the tribes within Britannia and fight the country’s enemies.

Patron of Mercy (Lords of the Underworld 3) by Sam Burns and W. M. Fawkes – After breaking the heart of Thanatos, god of merciful death, Lach is back to pull him into a new adventure and try to get a second chance at winning his heart.

Treasure Trail by Morgan Brice – Ex-law enforcement officer, Erik, and ex-cop, Ben, meet in Cape May and reluctantly join forces to use their psychic gifts against various paranormal enemies.  This is the first book in a new series. 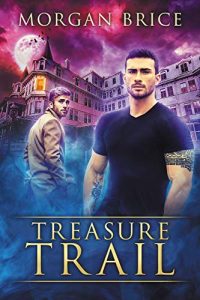 King Me (Forever Wilde Series) by Lucy Lennox – An art thief and an FBI agent have to team up and put aside their differences to recover a priceless artifact.

Refrain (Rockstar Series) by Anne Mercier – After past abuse, Ethan finds a man he can trust in this new novel in the series.  (This series has an ongoing plot, so this shouldn’t be read as a standalone book.)