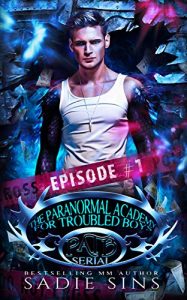 Marvel’s new superhero film, “The Eternals“, due out in November 2020, will include Phastos, a gay character played by actor Brian Tyree Henry, so look out for upcoming trailers for that.  The film is about a group of immortal aliens living on earth and the cast is headed by Angelina Jolie and Kit Harington.  Find out more at Marvel’s website.

Episode 1: The Paranormal Academy for Troubled Boys (PATB Serial) by Sadie Sins- Wylie has demon blood and his enemies want to put him in a cage.  His only hope is to join the Academy but he will have to convince sorcerer Theodore first. 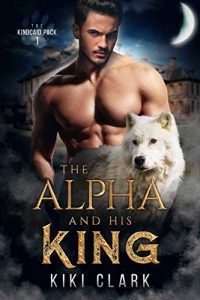 The Alpha & His King (Kincaid Pack 1) by Kiki Clark – The alpha of a pack finds his life thrown into turmoil when he meets an omega who is struggling to protect his siblings from danger.

Breaking Barriers (Hart Medical Center 1) by Shea Balik – Jamal is an omega cop who is used to facing prejudice.  When he nearly dies in surgery, alpha doctor Brace Jacobs fights to save him.

The Enchanter’s Heart (The Ellwood Chronicles 4) by Michele Notaro – The final book in this series sees Sebastian and Ailin facing their worst battle facing a dark magic threat and it might cost one of their lives to win it.

Legend of the Bunny Man (Urban Legends 3) by Catherine Lievens – Cade takes on the case of a ghost serial killer.