Pixar has released a short film, “Out“, now available on Disney+, with a gay main character who gets magical help in telling his parents that he’s gay.

The trailer is now available for “The Old Guard“, a fantasy Netflix series premiering on 10 July, which features a gay romance.  Charlize Theron stars in the series and Luca Marinelli and Marwan Kenzari play the gay mercenaries who are part of her group, struggling to protect humanity.

The Most Popular New Releases 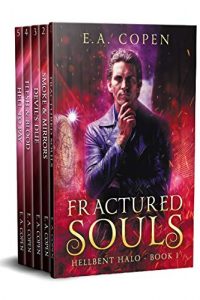 Hellbent Halo Complete Series Omnibus by E. A. Copen –  Get all 5 books in this best-selling series now.  In the first novel wizard Josiah Quinn has to battle his former lover to save someone from Hell.

Anniston’s Face (Timberwood Cove 11) by Liam Kingsley – Anniston is an alpha with his own pack.  His fated mate is omega Danny, who is involved with someone else, leading to problems and insecurities.

The Dead Next Door (Will to Live 1) by T. W. Smith – When zombies rise up to attack people, Will struggles to stay alive and find out what has happened to his husband. 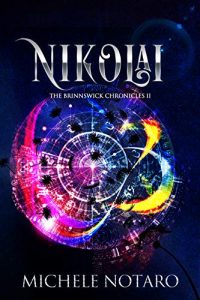 Nikolai (The Brinnswick Chronicles 2) by Michele Notaro – The second book in this urban fantasy series sees a relationship developing between 3 unusual men while they battle evil.

The Engineer (Magic and Steam 1) by C. S. Poe – This is the first novella in a new steampunk series set on the American frontier in 1881 where an FBI agent has to team up with an outlaw to stop a crazy engineer from killing people.

Ensnared (Detectives in Space 2) by Clare Solomon – Yes, it’s the second book in my new SF series with secrets arising from Reese’s past and a kidnapping case on a bizarre space station for the detectives to solve.