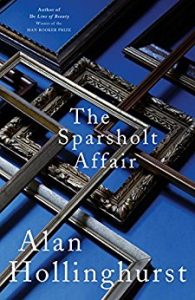 Popular, award-winning novelist, Alan Hollinghurst, is interviewed about his new novel – featured below – by The Guardian here.

Judith of Binge on Books has 3 new LGBT articles this month at the USA today website here, including recommendations for ghost stories.

“The Sparsholt Affair” by Alan Hollinghurst shows the lives and relationships of a group of men who meet at Oxford University at the start of World War 2 and continues through the next 60 years.

“Bromosexual” by Daryl Banner – In this humorous, slow-burn romance, Ryan and Stefan are best friends in high school before a falling out makes them lose contact. Stefan goes on to become a popular baseball player but a chance meeting with Ryan changes everything.

“Safe and Sound (Twist of Fate #2)” by Lucy Lennox and Sloane Kennedy – Playboy, Aiden Vale, isn’t interested in anything more than a one-night-stand until he meets vulnerable Ash Valentine, 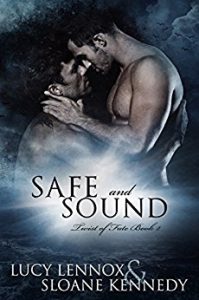 a young man desperately trying to escape an abusive ex-boyfriend.

“Strike First (The Rock Series #5)” by Sandrine Gasq-Dion – Rebel Stryker leaves a tough childhood behind when he finds fame as a rock star and finds himself increasingly interested in Stan Jackson, the band’s new manager, but Stan has a dark secret.

“Hexslayer (Hexworld #3)” by Jordan L Hawk – the third book in this compelling supernatural series, with a new mystery to solve by a new M/M shifter and witch.