Gifted m/m writer, Kaje Harper, has written a blog about her experiences at LGBTQ conferences abroad with other writers here.

Here’s a response to the fake ‘drop the B’ bisexual campaign and how it is hurting people further.

“Trick Play (Fake Boyfriends 2)” by Eden Finley – When famous football player, Matt, is photographed at a gay bar his agent convinces him to pretend to have a steady boyfriend to use it as positive publicity. There’s a little problem – the 2 men can’t stand each other! 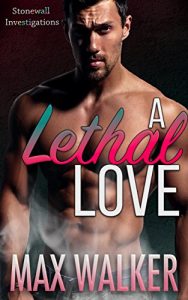 “Hudson’s Luck (Forever Wilde 4)” – Part of a series but can be read as a standalone. An American mistakenly proposes to his boss’s daughter and is banished to work in Ireland. There he meets a beautiful woman, who turns out to be man. Can he redefine his sexuality or is the relationship doomed to failure?

“Confessions: Julien (Confessions 2)” by Ella Frank – This is the second novel in a 3-book series showing a relationship between the same 3 men. It has a content warning for drug use.

“A Lethal Love (Stonewall Investigations 2)” by Max Walker – Griffin Banks awakens from a drug and alcohol-induced blackout to find his friend dead in the next room. He turns to detective Alejandro Santos for help and sparks soon fly between the men. This is part of a series but can be read as a standalone.

“Sub Mission” by T.S. McKinney- Submissives are being murdered at a gay club and 2 agents pose as a dominant and his sub to lay a trap for the killer, but how close will the men have to get?