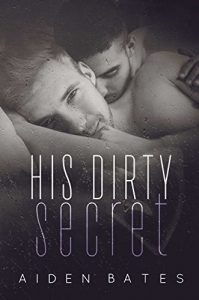 M/M author K.J. Charles has an entertaining blog post about her recent writing endeavours, with the novel she began, the one she ended up writing and the original story she later returned to. Read Stuck in the Middle here.

Author Kaje Harper has an article about Bi Characters and the Evolution of the Genre at Love Bytes Reviews.

“A Bit Like Desire (South Haven 2)” by Brooke Blaine – When Trent gives up his life as a rock star, a holiday on South Haven Island seems a great idea, but there he meets the one man who refuses to fall at his feet.  Part of a series but can be read as a standalone.

“Ravensong (Green Creek 2)” by T J Klune – The second novel about the Bennett werewolves sees pack witch, Gordo, trying to ignore his feelings for Mark while a new threat to the group rises.

“His Dirty Secret: A Royal Bad Boy Romance” by Aiden Bates – Ryan, the oldest son in a royal family, has just got out of prison and faces condemnation from everyone except Anthony. Can their budding romance survive the hostility of everyone around them? Warning for Mpreg and aimed at over 18s only.