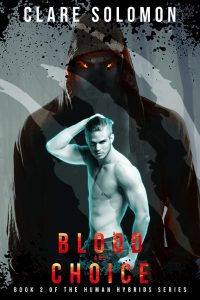 Don’t forget to get your free Kindle copy of “Coexistence” between now and 13 September then, if you enjoy it, you can download the free prequel, “A Destructive Power“, on the Books page, and get the companion novel, “Kye“, for free by signing up to my e-mail list!

“Blood and Choice“, the next book in the series, is available for pre-order at half-price until its release on 19 September.

You can read descriptions of all the books on my Books page above.

“Coexistence” Kindle book available for free download at Amazon in the US    UK    AU and DE.

“Blood and Choice” Kindle book available for pre-order at half price at Amazon in the US    UK   AU and DE.

I have a signed paperback copy of “Coexistence” to give away at Goodreads and another at Zipper Rippers so sign up for a chance to win!